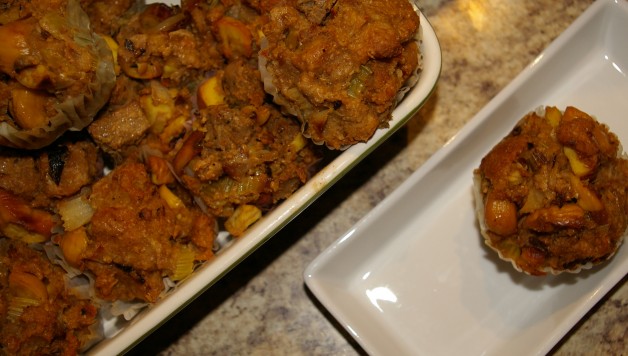 I feel a little guilty counting my blessings today.  I have plenty of things to be thankful for and the last few weeks have reminded me of that but today it seems wrong to talk about all the good things.  I feel like I am sitting in my house watching a storm on the other side of the window, except the storm is rocket fire from Gaza and my window to the war is the Internet.  On Friday I learn of air raid sirens and missile strikes threatening the friends and family I love in Israel.  I don’t want to count my blessings, it seems selfish.

For the first time in years, I looked at my old (and now hidden from public view) blog about my life in Israel.  I wanted to see what I wrote when I was living on the doorstep of the Disengagement from Gaza in 2005 and Second Lebanon War of 2006.  I hid.  I stuck my head in the sand.  Here are my thoughts from that time:

In moving to Israel, you know you’re moving to a region that can kick-off at any moment, and sure thing, it has. Overnight the boarder was transformed into a conflict. Families up North are experiencing something we have never endured before, and a wave of fear shot through many people I know, but only for a short while. Israel is strong, not just militarily, but there is a strong morale, and in Jerusalem it is life as normal. – July 20, 2006

As normal as life is right now, I did have my first glimpse of “the war” last night. My mother’s neighbor is hosting a family of 8 in his 2.5 room apartment. His guests are his brothers family from the north whose house was hit by a katushya [rocket]. They fled south to Jerusalem with one bag and are spending their day glued to the television desperate to find out what will be …  Two days after losing their home, life is far from normal for them… Some are anxious, others are calmer. I find it useful not to be glued to the news. “Wait and see” seems to be the game to play. What else is there to do? – July 26, 2006

Six years later, the rockets are coming from Gaza instead of Lebanon.  Air raid sirens are being sounded in Jerusalem and Tel Aviv.  Both of these cities served as a something of a safe(r) zone in 2006 but I suspect that may not be the case this time and I am thankful to Lizrael Update for making me realize that I am guilty as charged.  When I was visiting England and the July 7 bombings took place, Liz was the first person to email me and check I was ok.   Perhaps I don’t know what to, what to say, or how to feel, perhaps I am hiding behind a mantra of “their Facebook status says they are fine” but as I am writing this post, a post that is supposed to be about stuffing muffins and Thanksgiving, I can’t stop thinking about our friends and family.

This post is my monthly submission to the Kosher Connections Link Up and I wanted to share my excitement and anticipation as I look forward to Thanksgiving.  I didn’t mean to get all serious on you, but I am not going to apologize either.  I’m trying to find the right platform, the right method and the right reaction to what is going on in the Middle East and it seems to have unfolded on these pages.

The recipe I am sharing is based on my mother in law’s stuffing recipe.  The first time I made this dish we were living in our apartment in Jerusalem and unable to fly back to the US as we were expecting our first child.  I still want to share this recipe, but as you eat your sit round your Thanksgiving table later this week and have a “normal” dinner, be aware that when those air raid sirens sound, many Israeli’s have just fifteen seconds to take cover.

Here are the ingredients you will need to make these stuffing muffins.  You could bake this stuffing the traditional way, or you could turn this, or any, stuffing into a muffin if you’d like a portion controlled novel approach to serving this Thanksgiving favorite.

Last month I wrote about how I roast chestnuts.  Those chestnuts went into this stuffing.  You can used packaged chestnuts if you prefer, you’ll find them at everywhere from Costco to Whole Foods but they can be pricey.  If you plan to roast your own chestnuts, that is going to be the first thing you want to do as they take the longest.

Fry the onions and celery until translucent.  Add fresh parsley, I like to use flat leaf parsley, but curly parsley will work too.  Slice the (vegan) sausage then add it to the skillet to it can cook too.  Remove from the skillet and add the diced chestnuts.

Pre heat the oven to 375 and scoop your stuffing into muffin tins using an ice cream scoop.  You want these to be golden brown on the outside, yet doughy on the inside.  You can test these the same way that you would test a cake, putting a tooth pick into the middle of the muffin and if it comes out clean, the stuffing is cooked.   This should take about 30-45 minutes. 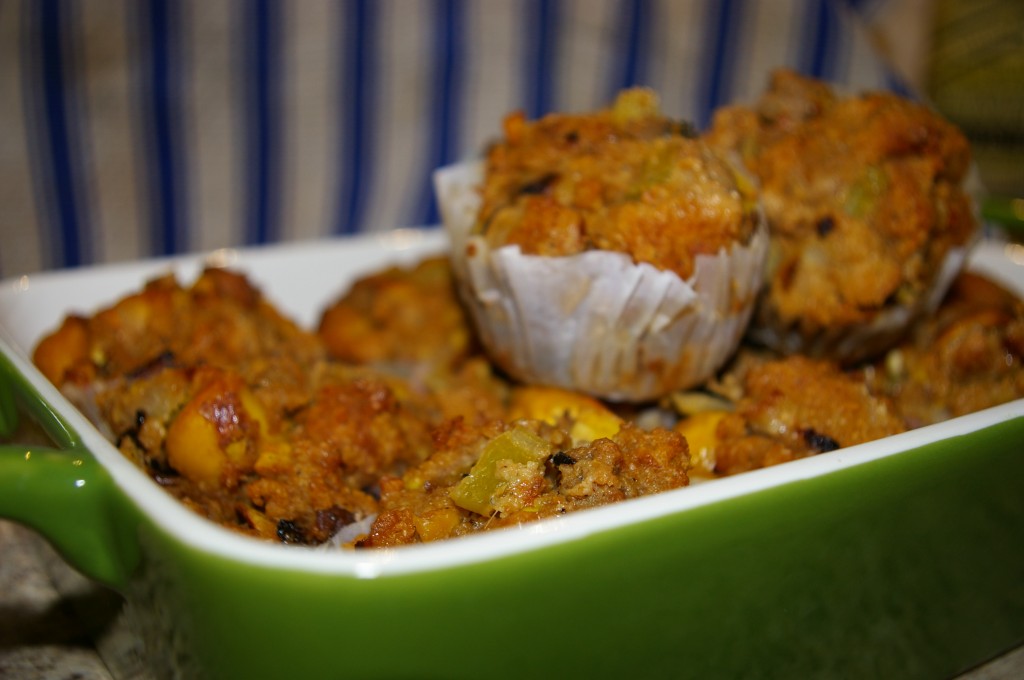