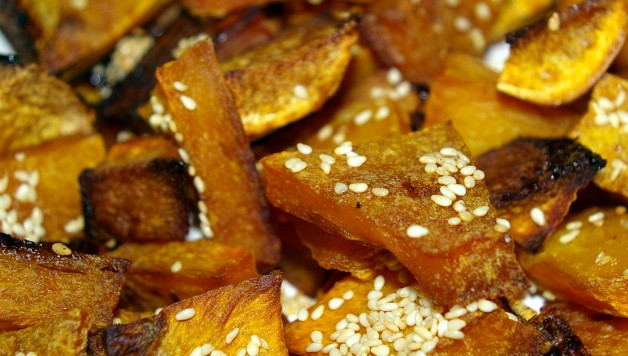 Around the time that we moved into our home, coconut oil became a go-to ingredient in my kitchen.  Originally, I intended to use this a healthier alternative to olive oil as it has a higher burning temperature and a slew of health benefits but as it turns out, I have found that coconut oil is an excellent ingredient in it’s own right.  While coconut oil is often used in South Asian cuisine  I have found it pairs perfectly with autumn squash, adding a subtle coconut tone without overpowering the dish.

Earlier in the week I noticed that The Patchke Princess asked about using coconut oil.  This is the second time in recent months I’ve found myself talking about coconut oil, the first being with an off-duty male midwife who my wife and I ran into at Wal-Mart one night, and that conversation somehow steered it’s way into the realm of natural birth.  I promised TPP that I would share my approach to cooking with ingredient and it’s a pleasure to do so.  If I had to guess, I’d say that using coconut oil instead of olive oil would be excellent in this Chicken Soup with a Twist too.

This dish is more of a flavor combination rather than a recipe.  I first made this dish for Rosh Hashanah, the Jewish New Year, which was almost three months ago and have made it many times since. You will need the following ingredients:

Start by slicing your butternut in half and scooping out the seeds.  As a side note, I like to toast the seeds with a little coconut oil and a touch of salt and keep them in the kitchen for a snack or to add texture to a salad.  You could toast them while you are cooking the butternut. 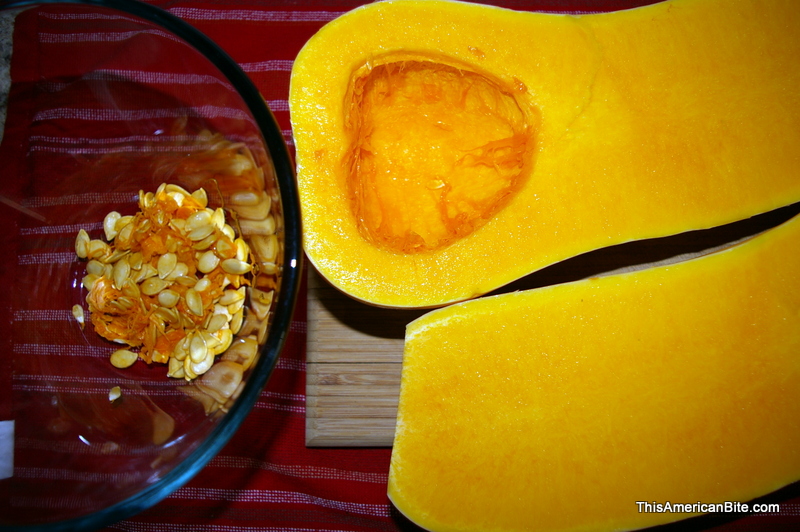 Dice the butternut into equal, bite sized cubes.  Preheat the oven to 375 degrees and generously grease a cookie sheet with coconut oil.  If this is the first time you are cooking with coconut oil, don’t be concerned if it is solid, this may just be because it’s cold.  This doesn’t mean the oil is bad and you can use a teaspoon to scoop it from the jar.  Set your cubed butternut on the cookie sheet, evenly spaced but not touching, and sprinkle with sesame seeds. 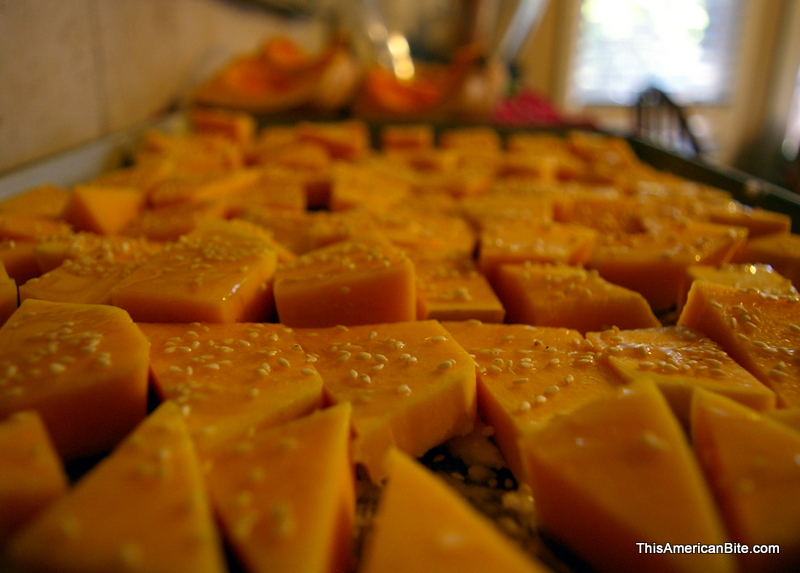 Place on the top shelf of your pre-heated oven and cook for at least 45 minutes or until golden brown and crispy.  This is delicious as a side dish with any meal, on top of rice with a dash of soy sauce, or even with coconut-baked cod or tilapia.

One of the great things about this dish is you really get to control the coconut taste – go light for a subtle flavor, or go heavy with the coconut oil if you’d prefer the butternut to be a secondary flavor.  What’s your favorite thing to do with butternut, especially this time of year? 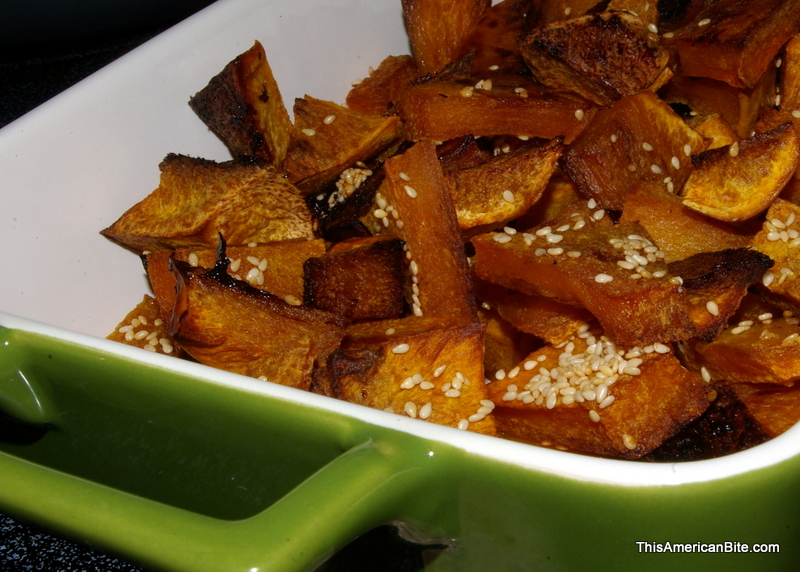 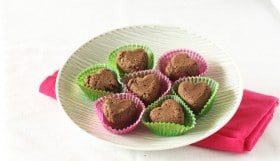 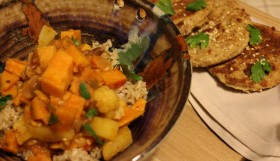