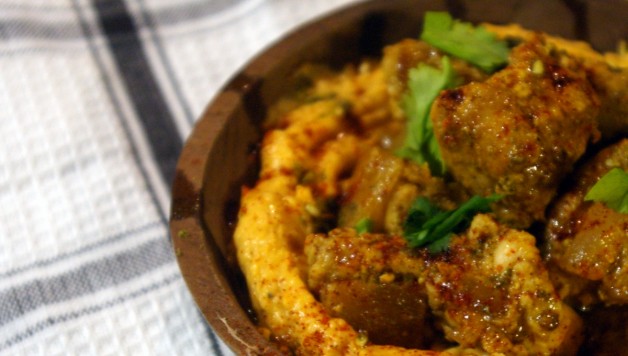 A good shawarma has the potential to be the best thing you will ever eat but a bad shawarma recipe will send you running to the hills.  Perfecting shawarma is an art that many of Jerusalem’s street vendors haven’t quite mastered. The Israeli shawarma, similar to the Greek gyro, Turkish doner kebab and the Armenian tarna, is prepared on a vertical roasting spit and can be prepared from lamb, beef or turkey.  Often you’ll notice lamb fat at the top of the spit that melts and bastes the shawarma as it cooks.

The perfect shawarma will be sliced straight from the the spit, if it’s not quite crisp, it can be thrown onto the flat-top for a minute or two. The result will be a mix of crispy and moist shreds of lamb that are full of both flavor and texture. I like my shawarma in an Iraqi flat bread called laffah with a touch of hummus, fried onions, Israeli salad, cabbage salad and a little ambah (a pickled mango sauce). Wrap in the flatbread and drizzle with tahini. Today is Yom Hazikaron, Israel’s memorial day, remembering everyone who lost their lives in war or acts of terrorism.  At sundown tonight, the sorrow will turn to joy as we usher in Yom Haatzmaut, Israel’s Independence Day (65 years today).  Late last week I shared my thoughts on celebrating Yom Ha’atzmaut from a distance at The Times of Israel and as is the custom with many Jewish festivals, menu planning comes to mind.  Tomorrow I’ll be serving homemade turkey shawarma.

Information! Looking for a different turkey recipe?  I’ve got plenty for you!

You will need the following ingredients to serve 6-8 people.  You can also use this shawarma recipe for an appetizer alongside Israeli salads and dips. Tweet this. 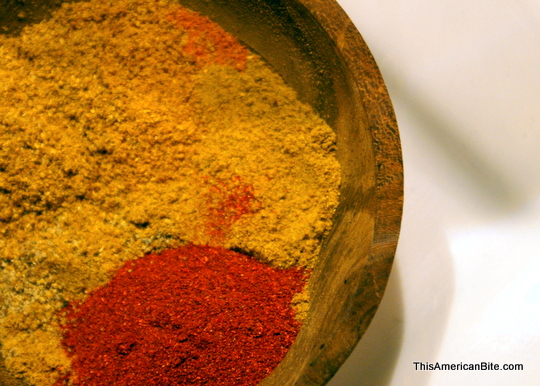 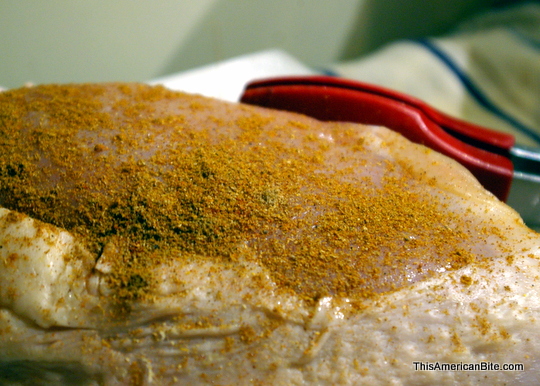 Now tightly wrap the turkey breast in cling film or plastic wrap and put it in the fridge for at least two hours.  If you can leave it for longer, overnight is ideal.

Ideally you want to remove the turkey from the fridge about half an hour before you cook it so it can be closer to room temperature.  When you’re ready to cook it, thinly slice or dice the turkey, including the skin, and set it aside. 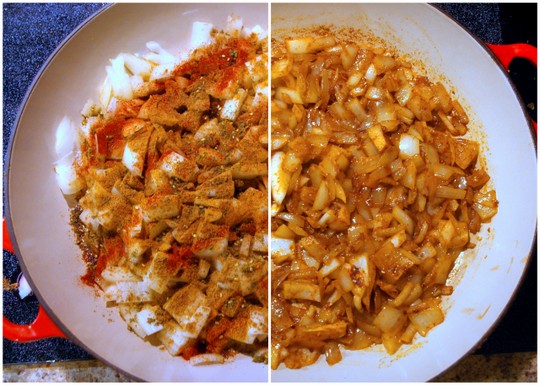 Once the onions have softened and started to cook, add the shredded turkey meat to the onions and mix well.  Try and have some of the turkey on the bottom of your skillet so it can crisp.  Mix with a wooden spoon so the turkey can cook evenly and doesn’t burn once some of it starts to crisp.  You can serve in a pitta bread (by the way, this is an awesome gift if you have kids) or laffa or you can skip the carbs/gluten/bread and go straight to hummus, schug, tahini or your favorite salads.  My deconstructed hummus salad would also be a good with this. 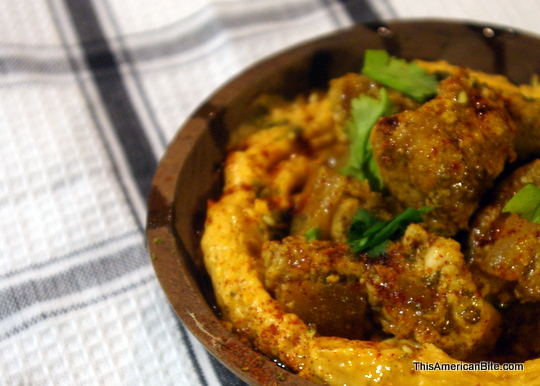 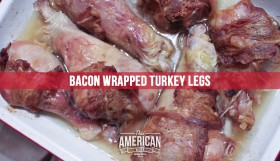