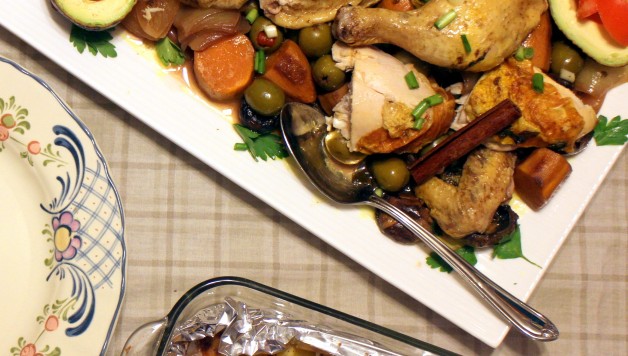 If you follow me on Facebook, you might now that each Sunday, I plan the menu for the week.  Sometimes, my kitchen whiteboard tells me exactly what to cook, other night’s I’ll jot down the primary ingredient so I have a starting point or know what to defrost, and then I’ll take it from there.  The one pot chicken was one of those nights that the whiteboard acted as a starting point.

This is what I thought I would make

That’s what I thought but I can’t tell you.  I was out of most of the ingredients, so I did what I usually do when I see a recipe.  I used it as a starting point and made it my own.  The more I think about it, there are just two things that this recipe has in common with the Saveur Magazine version.  Chicken and one pot. 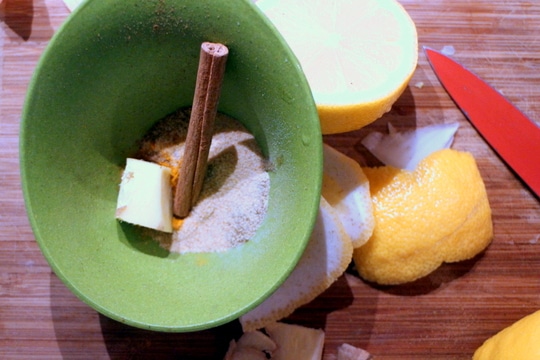 I love cinnamon, ginger and lemon great with chicken and I added some turmeric, cumin and garlic powder too.  I quartered an onion and put it in the bottom of my Le Creuset dutch oven, put the chicken in the middle and covered it with the spices. 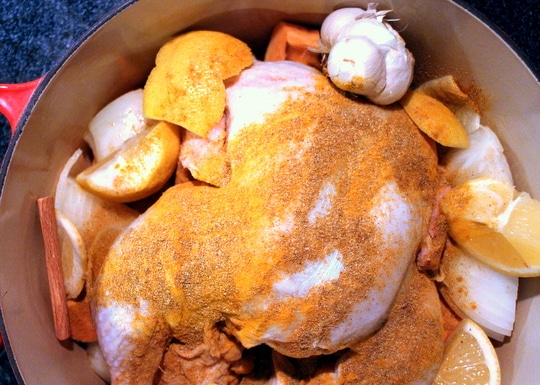 I added another lemon, cut into eighths and a whole head of garlic and the final touch was some parsley… Olives made it into the pot too! 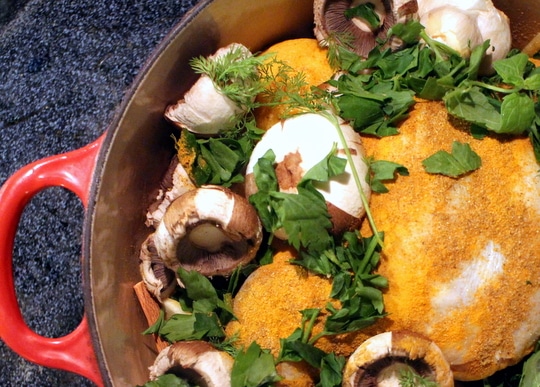 That was the end of the prep.  I think it took me a total of five minutes.  Covering the pot, I put this into the oven for 90 minutes at 350 degrees and let is cook through.  I always recommend you use a meat thermometer to make sure the chicken is fully cooked.  You want the internal temperature to reach 165 degrees. 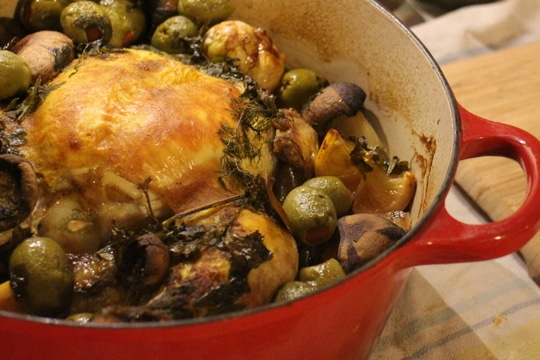 Doesn’t that look good?  If you have space in your dutch oven, you could throw some potatoes in there, if not, roast them on the side.