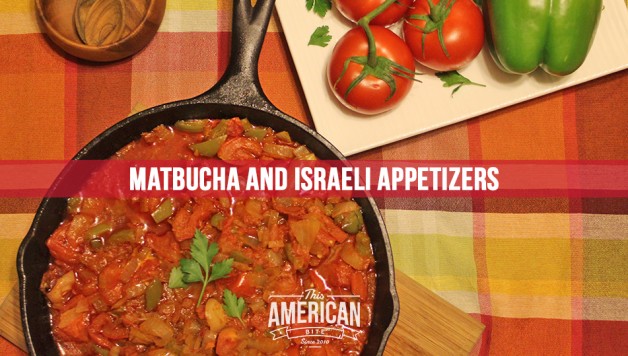 Back in April, I was spotlighted by The Nosher (thanks guys!) and I shared a recipe for a roasted eggplant dip. I remember the interview clearly; I enjoyed talking to Shannon and talking about everything from healthy eating to Kansas City BBQ. What I didn’t remember, was that I took all the photos to share my matbucha recipe with you guys too.

It wasn’t until I was making those awesome mushrooms the other day, seven months after the original post, that I even thought to make matbucha again.  It’s a shame because this is one of those recipes that smell amazing as the spices marry with the onions in the skillet.  Serious aromas, people! 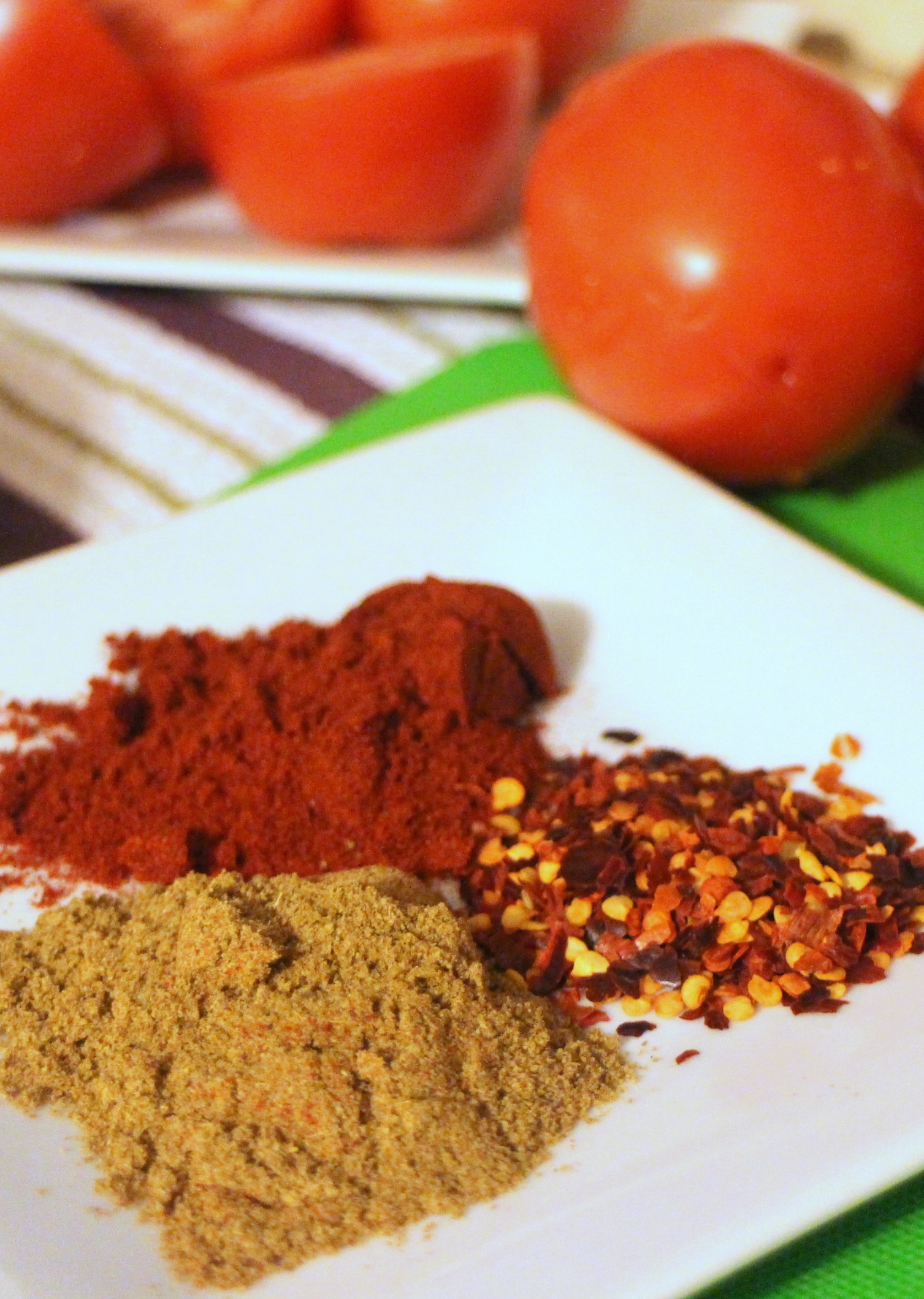 Matbucha is a Moroccan tomato salad that is often served with hummus, eggplant dip and other small salads, warm breads and olive oil.  Think of this as the Israeli version of tapas.  In fact, if I were to be putting together a menu for an Israeli themed meal, I’d be looking to these recipes

So, if good things come to those that wait, thank you for being patient and waiting around for this recipe.  Matbucha can be served cold or at room temperature.  If you are thinking of serving it hot, you might be craving shakshuka instead. 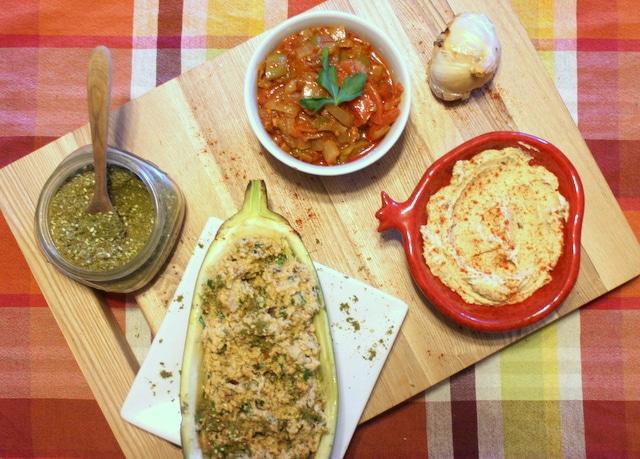 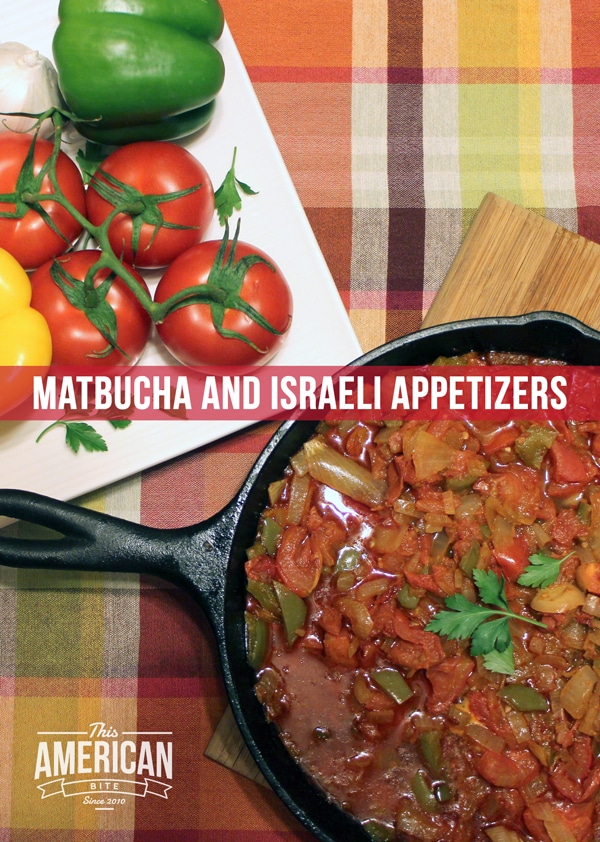