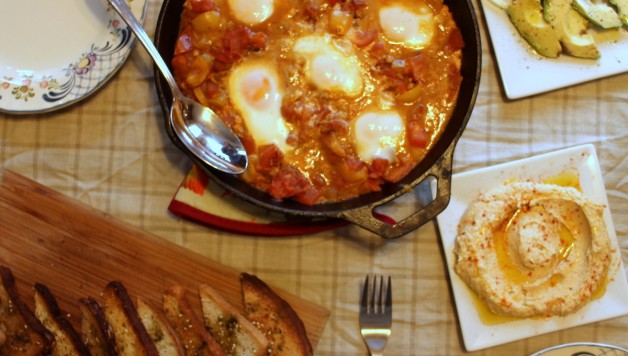 Ok, so I might have gone overboard with photos for this post, but I was just that excited.  When I saw Jewhungry’s Shakshuka post, I was itching to make this for my family too.  You see, shakshuka can be the the ultimate one-pot meal with eggs poached in fresh tomatoes, onions and peppers, served straight from the skillet, or you can go overboard a little, and add all sorts of trimmings.

I deviated from many of the recipes I found online and used fresh diced tomatoes for my dish.  It takes a little longer than using tomato puree or canned diced tomatoes but the smells and colors as the veggies cook down tease all the senses. 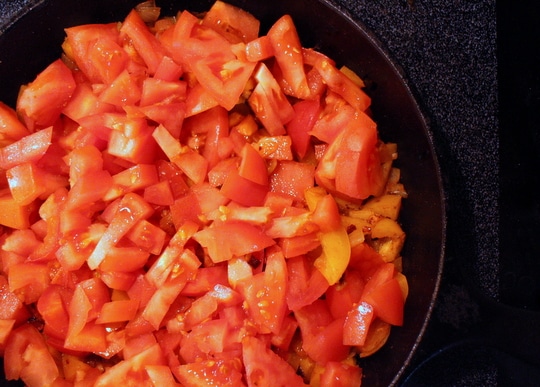 Shakshuka is traditionally a breakfast meal, but there’s no reason not to serve it for lunch or dinner.  Some of my favorite Israeli restaurants serve shakshuka, steaming from the stove, with fresh hummus and warm from the oven breads rolls.  The next best thing for my version was garlic and zaatar toast, five ways. 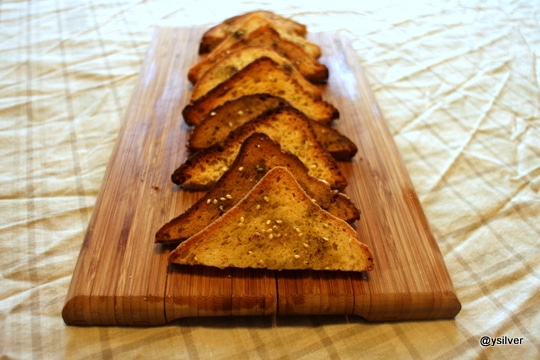 Garlic Zaatar Toast made from an assortment of different breads 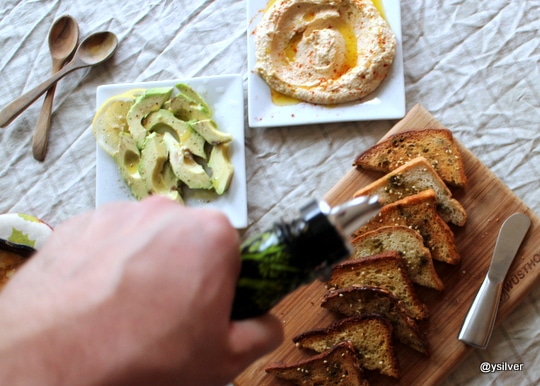 Now that I think about it, this was a breakfast that everyone in the family enjoyed.  It was the perfect way to start a Sunday Morning.  I enjoyed making it and the whole family enjoyed eating it.  By the time breakfast was over, it was almost time for one little girl to take her morning nap.

If it’s a shakshuka kind of morning, or you want a family style dinner, then put some pickles, avocados, olives or hummus on the table (here’s my hummus recipe) and hit up that Idan Raichel playlist! 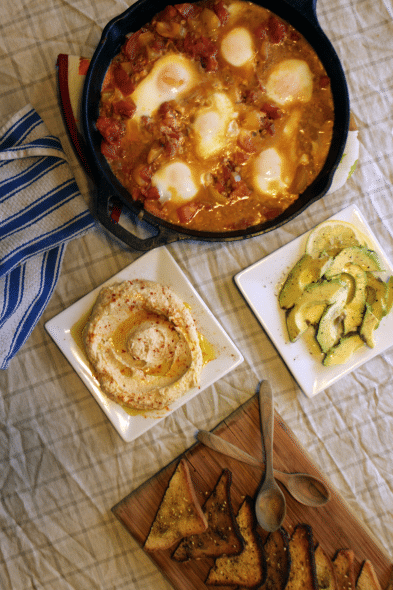 Heat a skillet, cast iron works well, on a medium heat.  Drizzle some olive oil in the skillet, dice the onion and fry it for six to eight minutes, until soft.  Add the cumin, paprika and red chili flakes.

Keep on a medium low heat for about ten minutes, until the tomatoes have cooked down.

Make a small indentation in the tomato liquid so the eggs don’t run when you crack them into the skillet.

Cook, covered, for 12 minutes on low. 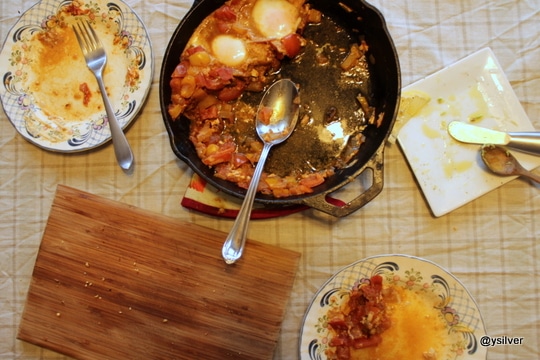 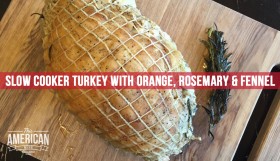