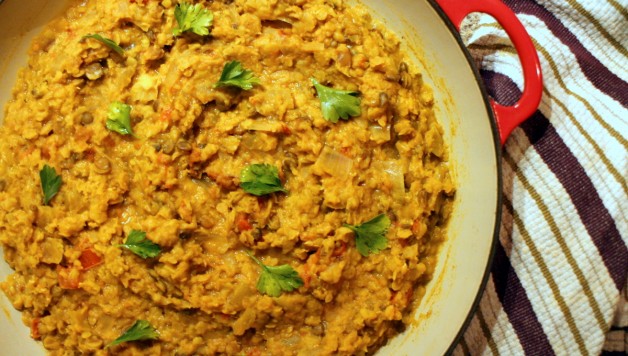 There’s something about that Gluten Free Naan bread that I shared last week that I can’t stay away from and lots of naan means lots of curry.  For our third curry night in two weeks, I stayed away from sweet potato curry and made a traditional red lentil dhal (known as masoor dal or kempu togari bele in the South Indian state of Karnataka.

To me, dhal is another one of those recipes that remind me of growing up.  Although British cuisine is fondly known for fish and chips or breakfast fry ups, there is a tremendous international influence on the British palate.  Dhal is, perhaps, one of the easiest Indian dishes to prepare at home as well as being affordable and richly nutritious.

If you soak your lentils ahead of time, this is also a very quick dish to make from scratch, you can have dinner on the table in less than 30 minutes. 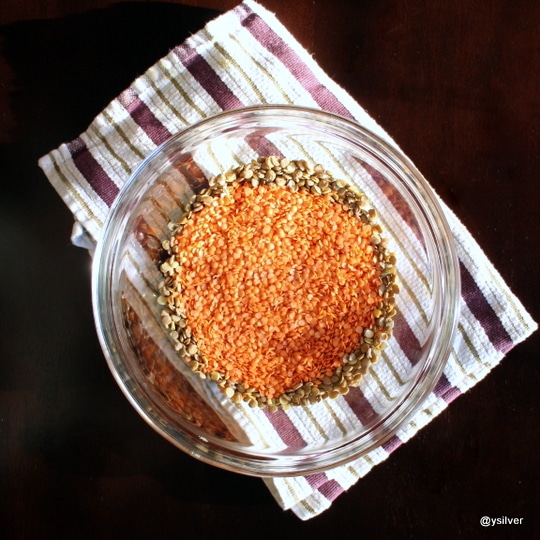 Making making this during the day gave me awesome lighting for these photos.  I am so pleased with how they came out!  Sunlight is my friend.  I was running low on these beautifully bright lentils so I topped my cup off with some sprouted green lentils.  The flavor was still great and I love the touch of color this added to the dish. 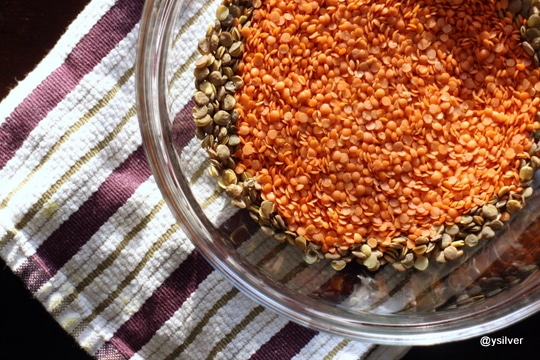 I was toying with the idea of making a slow-cooker daal so this recipe is ultimately a combination of the versions I found at Honest Cooking at Pinch of Yum.  One key difference is that I chose to cook with one the vine tomatoes and not a can of tomatoes.  My main reason for this was to use the softening tomatoes I had in the fridge before they went bad! 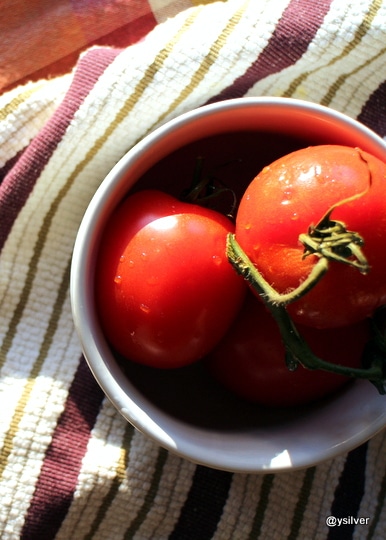 As the lentils and tomatoes cook down, they become soft and smooth.  If you stir the lentils and they look creamy, then they are cooked. This creamy flavor is only enhanced by using coconut milk as the primary added liquid in this dish. 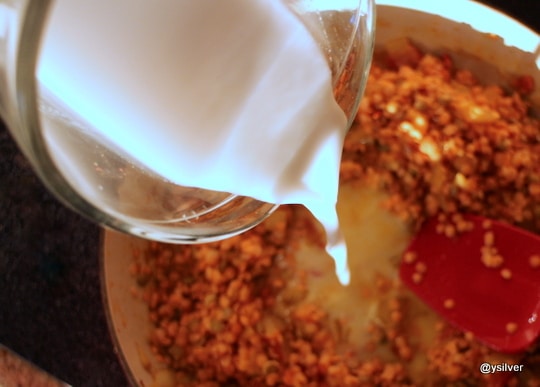 Serve with brown rice or naan bread (here’s my recipe). 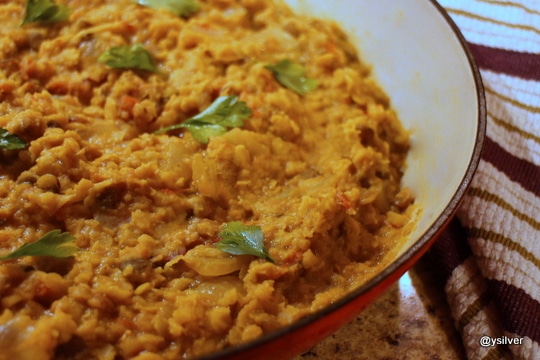