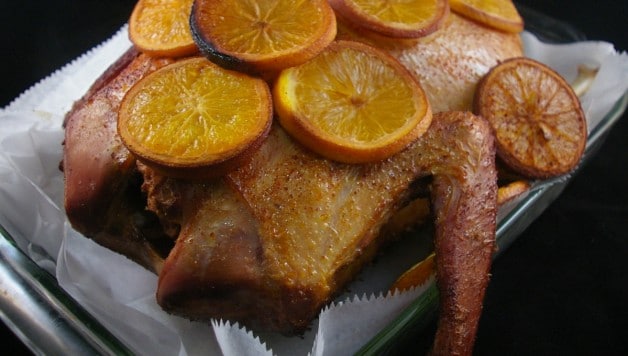 In the spirit of BBQ Month here on This American Bite, it's time for something new.  When KOL Foods asked me to smoke a duck and write about it for them, I was equally excited and curious (you can see all my KOL Foods recipes here) and decided this would be the main dish for the Friday night dinner that opened with my BBQ Beef Sushi.  It's really been a month of smoked meat and poultry but I promise the veggie friendly and vegan dishes will return next month.

If you have never worked with duck, don't be mistaken for thinking it is just like chicken.  It's a touger, smaller bird with a gamey texture.  People will often say that it's a fattier bird, but if you can catch and cool that duck fat to cook with another time there are many ways to capture  the flavor in other dishes.  Duck is served rare, something you can never do with chicken, which highlights just how different a bird this is. 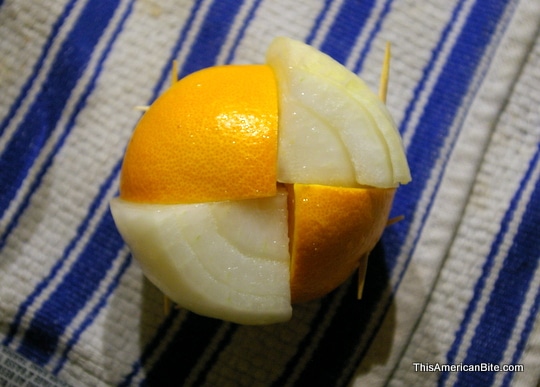 When I am working with a whole bird, I tend to put an onion in the middle.  Given the how orange and duck pair so well, I wanted to use and orange and an onion, so I quartered both and held them together with toothpicks. 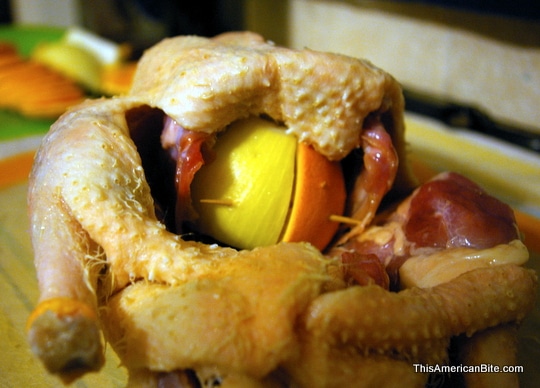 Cooking duck calls for a attention to detail.  You don't want the internal temperature to break 165 degrees.  Use a meat thermometer.  I mean it!  Overcook it and you will regret it.  I covered the duck with slices of orange and smoked it — until 1am when I needed to get to bed.  I finished it off in the oven for 30 minutes. 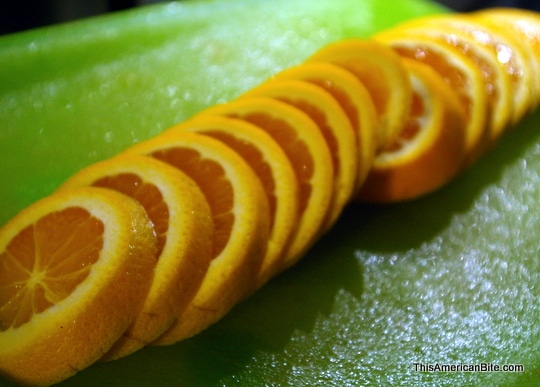 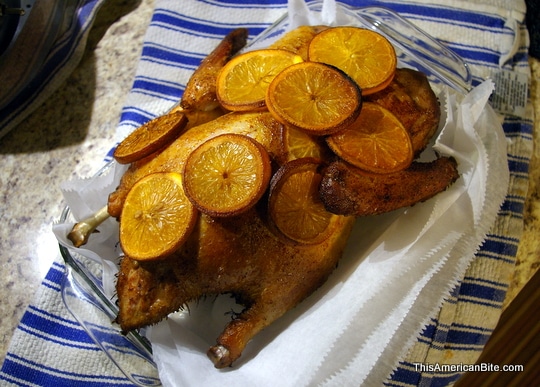