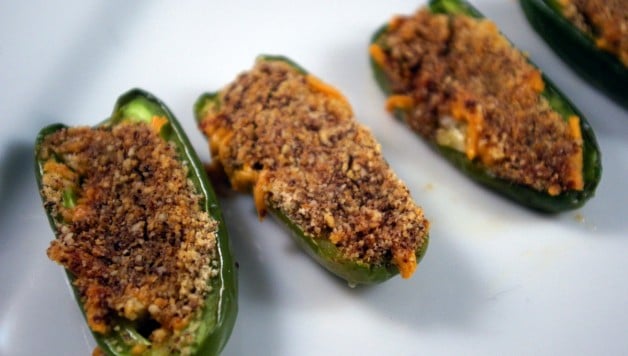 I have long been a fan of  Jalapeño peppers, and never done much more with them and roast them in some olive oil and garlic.  They are good as a quick and easy extra thing on the table if you’re serving multiple family-style appetizers, and depending on the crowd, they might start a conversation.  When I found a packet of  jalapeño peppers at the back of the fridge, they needed to be cooked with, and revitalized a little. Thinking on one foot, and remembering the pepper stand that I bought for the grill, I decided to stuff and roast these spicy treats.

If your peppers are looking like they are losing their freshness, cut them in half, remove the seeds if you want to calm the spice, and throw them in a bowl of ice-cold water for about five minutes.   Once they were freshened up, think about loading them up.

This recipe is not your traditional japeleno pepper popper.  The garlic marries well with the vegan cheese, the cheese with the chocolate, the spice is gentle and warming and the breadcrumbs just give a great element of texture. 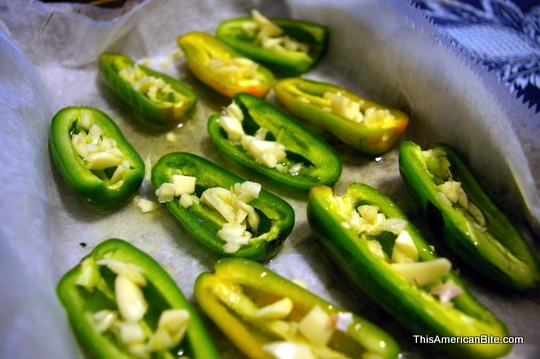 Roasted garlic fits with almost everything (remind me to tell you about the figs I stuffed with garlic and roasted about a week ago!) so I put about half a clove of chopped garlic in to each of my jalapeno halves, then topped them with some Daiya vegan cheese for some creaminess. 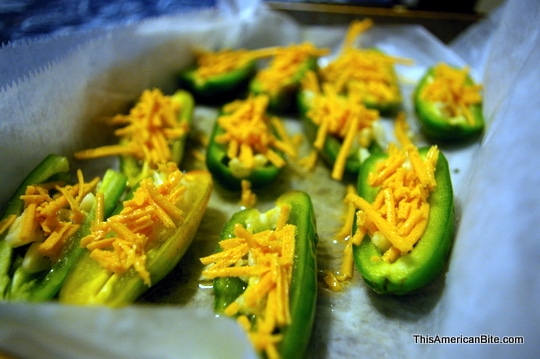 It couldn’t stop there.  The best jalapeno poppers I have had were topped with breadcrumbs.  Now that our home is gluten-free and we’re eating much less grain than our pre-gluten-free days, I use these much more sparingly than I ever did before.  I used to have an abundance of breadcrumbs as it was the perfect way to use any leftover bread that we had in the house.  My favorite type of breadcrumb is a garlic zaatar crumb, but the creaminess of the cheese called me toward something a little different.

That’s right.  This Scharffen Berger bitter chocolate is amazing and at 99% cacao, it’s not the processed, dairy-filled, sugar-pumped kind of chocolate that I have used before. 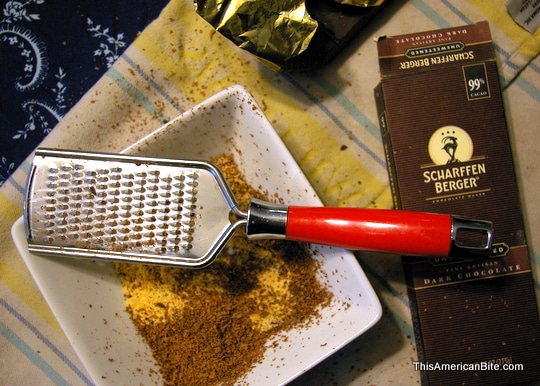 When I open this bar of chocolate, I imagine myself as Charlie Bucket as he opens his bar of birthday chocolate, surrounded by his family, eager to win a golden ticket to see Willy Wonka’s Chocolate Factory.  The chunks of chocolate are large, about 2oz a piece.  They are thick and you have to cut them with a chef’s knife.  I wanted a very fine chocolate that would melt into the breadcrumbs to compliment the peppers, not overpower the cheese and garlic flavors and the breadcrumb to chocolate ration was roughly even. 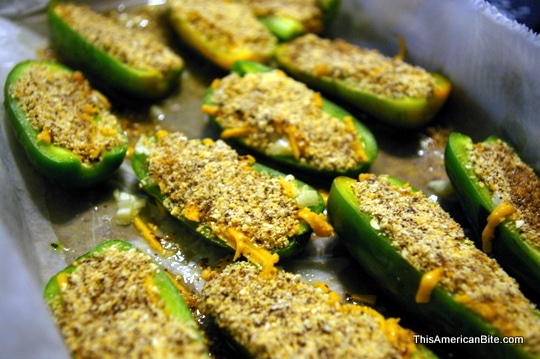 And how to make these popper-style peppers: 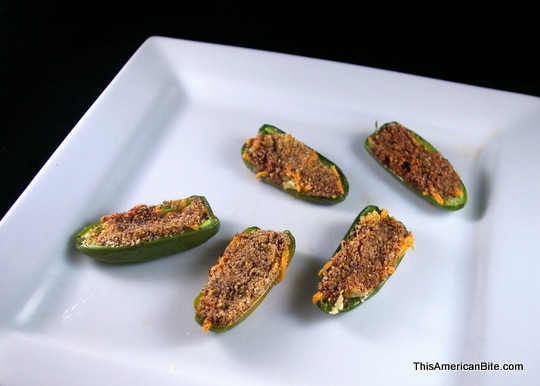