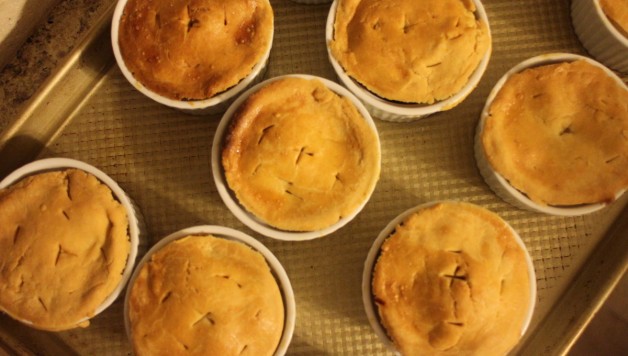 The cornish pasty is not very well known here in the US, and that’s a shame.  You see, the combination of beef, root vegetables and delightfully soft pastry is a food combination that deserves to be celebrated . The pasty was first referenced in British culture as early as the 13th century and it’s thought that they were popularized by miners in the British village of Cornwell as they could hold the pasty by the crimped edge and eat their meat, potatoes and pastry without washing their hands, discarding the final (coal-covered) final bites.

For this tribute to my home-country, I wanted to use the very best beef that I could find, which is why I used KOL Foods Organic Cowboy Steaks.  The color and texture of the grass fed and organic beef is like no other meat I have ever cooked and the taste is superior to any other I cook with. 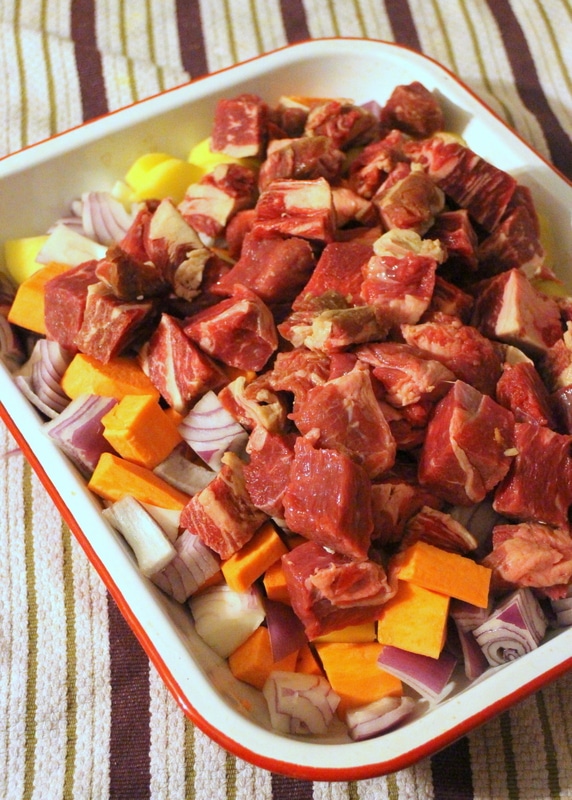 It’s been years since I had a cornish pasty.  I think I was in high school the last time I did, and my effort to replicate this delicacy was thwarted by my decision to stick with a gluten free pastry.  If you follow me on Facebook you may have noticed my frustration when working with the pastry.  It was my wife that had the great idea of using ramekins and making cornish pasty pies instead.

The pies were a great success.  These all cook quickly too and the pastry lets the meat stay moist as the steam.  I took a shortcut on the pastry and used Bob’s Red Mill Biscuit and Baking Mix.  I’ve been told that Elana’s Pantry Pie Crust would likely work very well for the next time I make these. 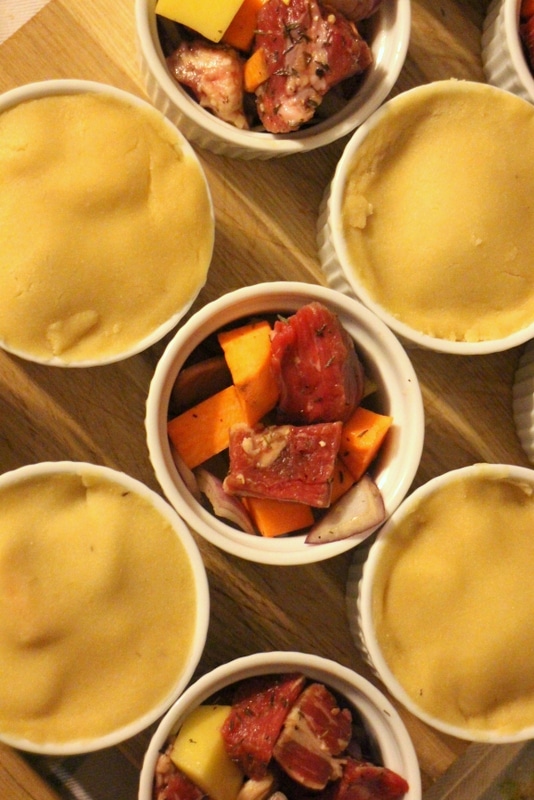 Here’s how to make these pies.

Cube the meat, potatoes (including the sweet potato) and red onion into one inch pieces. Season generously with a tablespoon of thyme and add a touch of salt and pepper.

Let the cornish pie mixture sit in the fridge while you make your pastry (I used this mix).

Allow the mixture and pastry to sit in the fridge for at least an hour, then spoon the mixture into the ramekins, cover with a pastry and cook at 425 degrees for 45 minutes. 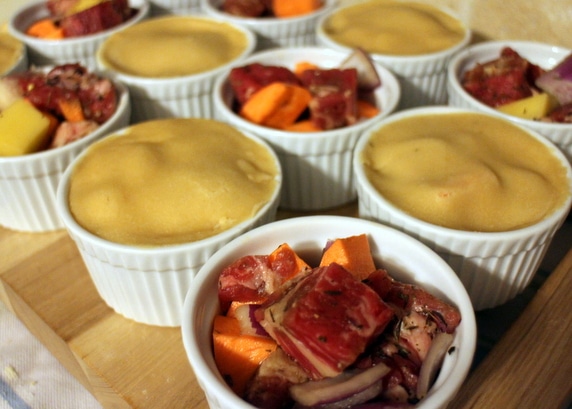 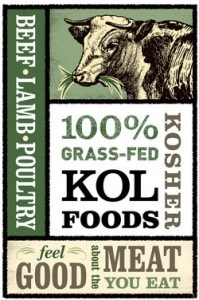 Feel Good about the Meat you Eat and check out my KOL Foods recipes. 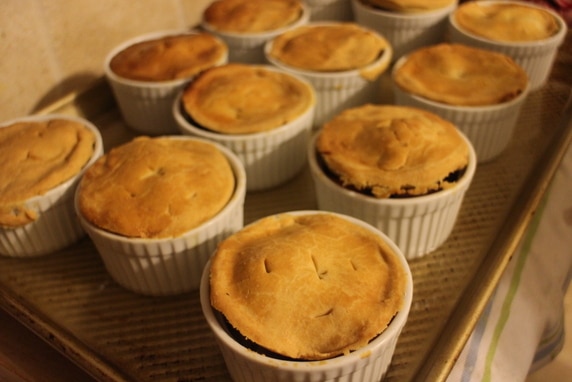