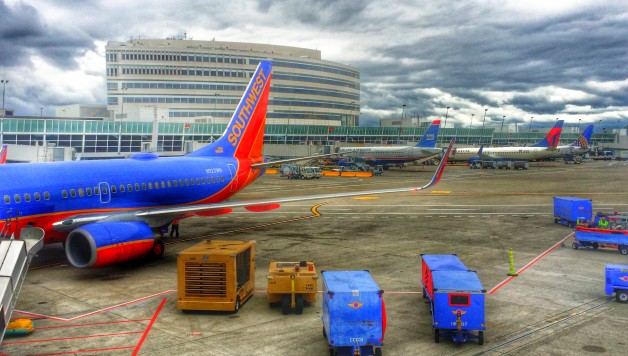 Why I Haven’t Written A Recipe For Almost A Month…

Have you been wondering where I have been?  This summer sucked the blogging out of me! When school’s out, the schedule changes.  Same too for having a new baby.  Both at the same time?  I’m juggling!

My wife is a master when it comes to planning days out and making sure the kids have fun activities each and every day.  When our schedule allows, she has something on the calendar for all of us to enjoy.  She keeps this family functioning all while running her own business and one of my favorite summer family activities were our evening visits to the Overland Park Farmer’s Market.  If you’re local to Kansas City, be sure check out my wife’s favorite stops at the Market over at Kansas City Mom’s Blog.

The farmers market takes some of the planning out of my cooking (and writing) but you can’t beat the fresh, local, plump and delicious produce.  Much of the produce was farmed that day and made it’s short journey from farm to market to table.  The way it should be!  We’ve stocked up on kale, cucumbers and herbs all summer and my gluten free fried green tomatoes are always farmer’s market treat.

And then it was over. Safe travels to all my #mozcon friends. pic.twitter.com/ZSuxEiHXhl

My return to Seattle has had me thinking of making this very seasonal dish again but that hasn’t happened yet either.  California is just a mecca for food, wine and olive oil  but when I am there for work, I don’t have the opportunity to explore too much.  My ten day trip the West Coast (and catching up with work and email) was a whirlwind.  And there’s yet another reason I haven’t been cooking for you.

I’m up and of the house at 5.30 every morning and it’s really not as hard as it sounds. If you want to know how I’ve nudged myself into this new routine, read My Journey From First Swim to 1000 Yards.  It all started in Seattle and I made sure to keep it up when I got home.  If you’re following me on Twitter you’ll also catch the occasional sunrise from the 22nd floor.

It’s a beautiful morning in #KansasCity! View from the Downtown @Marriott at 6.40 this morning. pic.twitter.com/Qn9U0pKmYR — Yosef Silver (@ysilver) August 13, 2014

I love my new swim routine and my wife has been so supportive. I’m going to bed earlier, I’m leaving the house earlier, and she is really championing me to keep on going. Having her support makes all the difference, especially on the mornings that I’d much rather turn over and go back to sleep. I really wanted to share my “shiny new ritual” with the whole family so we all went to the pool on Sunday. This summer’s other big event… The Kansas City Kosher BBQ Festival. Although I didn’t compete this year, I had a blast.  Early estimates suggest 4,000 people attended our event, Simon Majumdar returned to Kansas City and ran a very exciting celebrity judging panel and it was awesome to see how my t-shirt design came to life.

The competition wasn’t just local. Teams flew in from around the country and New York, Omaha and Chicago were all well represented. It was a pleasure to meet fellow kosher-food writer, Daniel Peikes. His team, 3 Dudes and a Vegetarian, had some great tasting BBQ and look at the way he took to his smoked turkey!

Just like that, summer’s almost over and people are thinking about their Rosh Hashanah (Jewish New Year) menus.  I do have some fun recipes in the works so let me know which of these sounds best to you.  Have your say here, and before you know it we’ll be shoveling snow again.