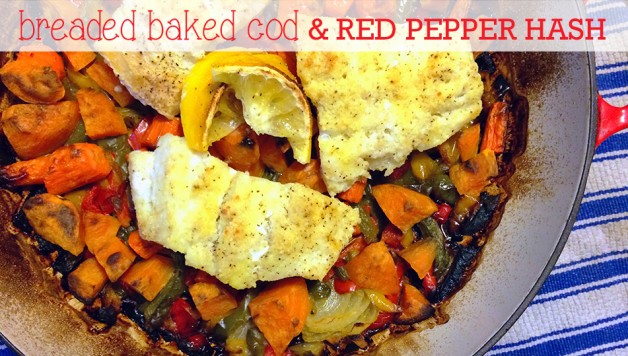 Where are you from?  For many, that’s a pretty simple question.  If you’re anything like me and have held more than a dozen “permanent” addresses before the age of 30, you’ll stumble to find the answer. I tend to tell people I am from Brighton.  It’s a beautiful place to call home, located on England’s South Coast.  Truth be told, I only really lived in Brighton between the years of 1989 and 1993 before moving to Manchester, but for a number of reasons, I’ve always looked back at Manchester as an extended temporary residency.

Our family has always been from Brighton.  My Great Grandmother was proud of her home where she would lift me on to the kitchen counter to watch the trains speed by when I was the age that my son is today.  My Grandmother still lives fifteen minutes away from that apartment (flat) with a view of the entire coast.  My mother was raised in Brighton and has always considered it home.  Some of my fondest memories are scattered all over Brighton (Hove, Actually) and I still have family living there today. 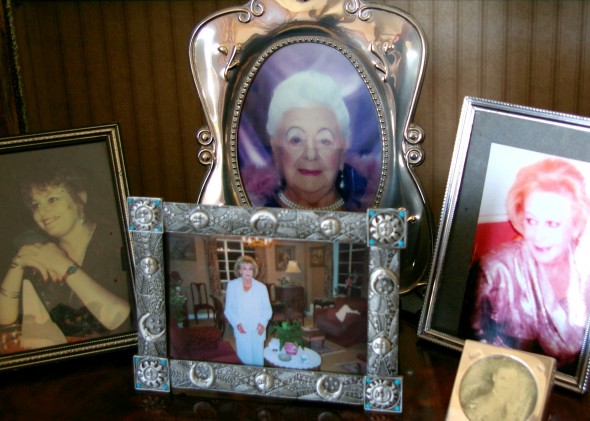 Generations of Family raised in Brighton

As I child I would have sworn I could see the coast of France on a clear day, but now I am pretty sure that that must have been a town just further along the coastline, or perhaps the the Isle of White.  Even after we moved “up North”, we’d return to Brighton a couple of times a year, enjoy the pebbly beach with friends and family, walk The Lanes and admire the Pavilion.

I love cod.  It doesn’t need to be battered and fried or even served with mushy peas.  It’s such a delicate, flaky fish that although perfect for fish and chips, can be broiled, poached or baked with just a little bit of lemon, salt and pepper to create a winning main dish.

Fresh cod is hard to come by in Kansas, so sometimes you have to make do with frozen cod.  Frozen cod, a sweet potato and pepper hash and a glass of white wine. 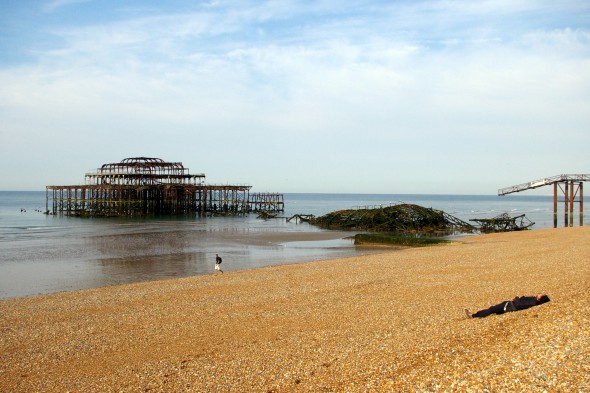 Dice vegetables and start to fry onions in an oven safe skillet (a braiser is perfect). Add peppers followed by the root vegetables. Drizzle with olive oil and put in the oven at 425 for 40 minutes. 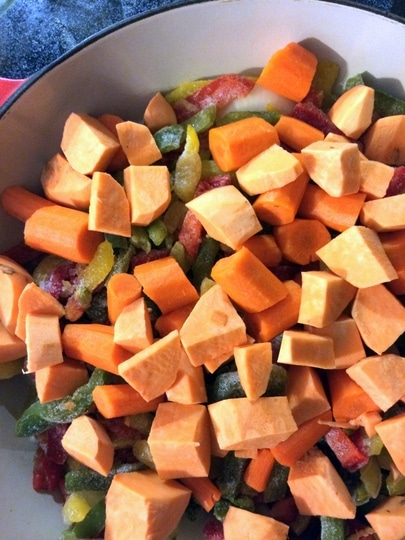 Cover a cookie sheet with wax paper, lay the cod fillets on the paper. Sprinkle with a pinch of salt, pepper, garlic powder and mustard powder. Then sprinkle a light layer of almond meal on each piece of fish and drizzle a little olive oil.

Bake at 425° for 20 minutes or until fish flakes easily when tested with a fork.

For a golden brown crust, put under a low broiler for one-two minutes. 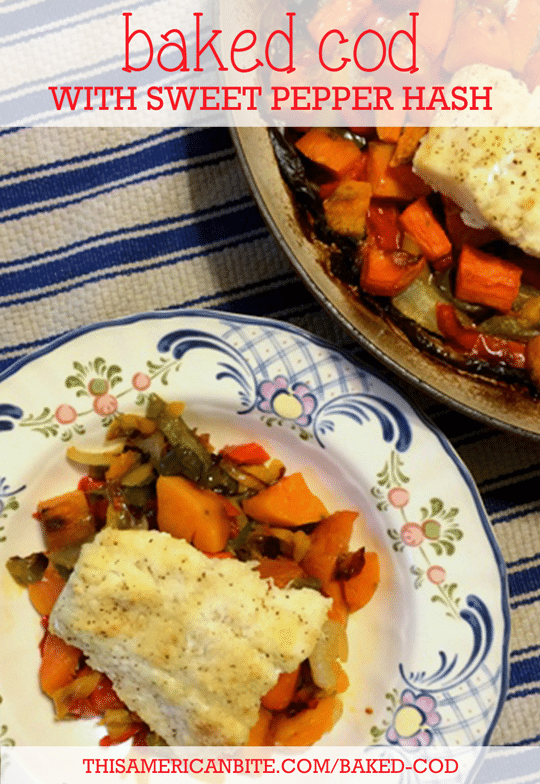