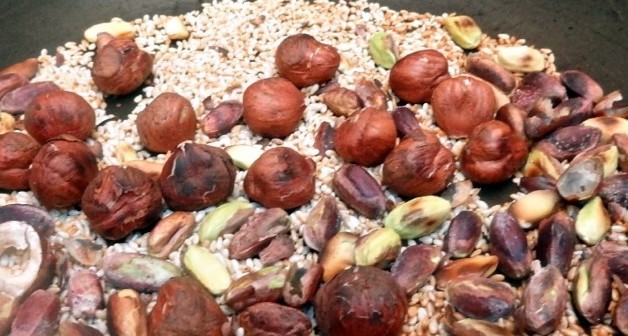 Offer me dukkah or candy, and I will take the dukkah.  I have been using this ingredient in everything since I bought out the entire supply at my local Trader Joes, and between you and me, there is no end to the uses I have found.  As a conscious consumer, I always prefer to make my own ingredients rather than rely on something shelf-stable or mass produced and through emails with my foodie friend, Ronnie Fein, offered to guest post her dukkah recipe. 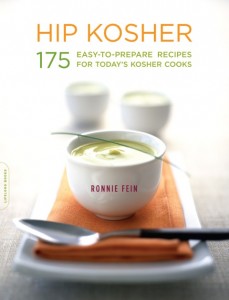 Ronnie is a self-proclaimed an old-timer in the food business, a cookbook author, journalist, recipe creator and a one-time talk show host among many other food-related callings. Unfortunately, our schedules didn’t allow for us to connect when I was in New York for KFWE recently.  Ronnie’s book, Hip Kosher showcases contemporary American dishes rather than traditional Eastern European or Sephardic fare that can be made with kosher ingredients.

Ronnie’s previously posted when my daughter was born – can you believe that was six month ago?  The  Carrot Harisa Soup that was shared is a great testament Ronnie’s approach that embraces modern and traditional cuisne.

Anyone who knows me or follows my Kitchen Vignettes blog knows that I almost never make the same recipe twice. There are just too many things to try. New foods, new ingredients, new combinations, new methods. And these days so many kosher certified products are available that there’s almost no limit to what I can cook (although I haven’t found kosher Thai fish sauce yet). 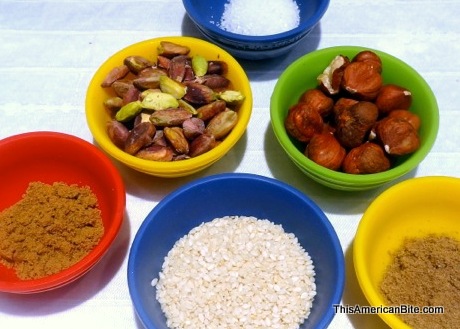 I especially like experimenting with new spices and seasoning combinations. So, when I read about dukkah, which I had never heard of, it stimulated some research and some recipe testing. Dukkah is a combination of nuts (usually hazelnuts, pistachios and almonds) and seeds, (which typically means sesame seeds but might also include coriander, cumin and anise) and sometimes contains salt, cayenne or some other kind of hot chili pepper. 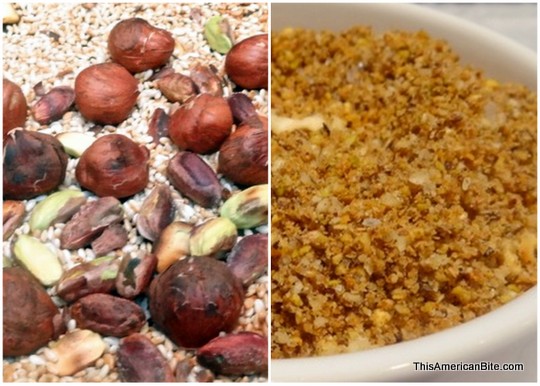 Dukkah is mostly used as a dipping seasoning – heat some pita bread, dip it in olive oil, then into dukkah. Of course you can make pita toasts with it (brush olive oil on a whole pita, sprinkle with dukkah and heat).

But I couldn’t help but try it on all sorts of food, like grilled vegetables, baked potato, roasted salmon and baked chicken. We had Dukkah Baked Chicken last night for dinner and it was declared a big winner. I sprinkled about 3 tablespoons of it on chicken parts (one broiler-fryer chicken cut up) that had been brushed with olive oil 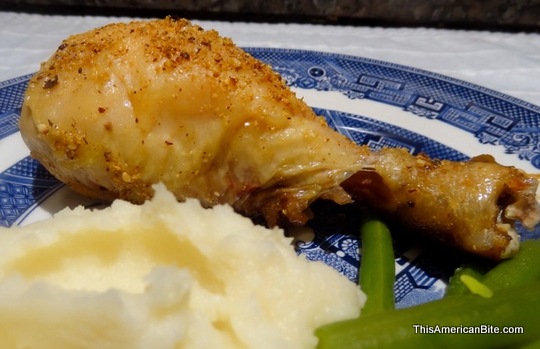 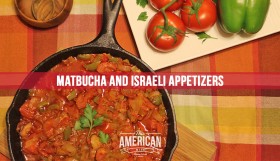 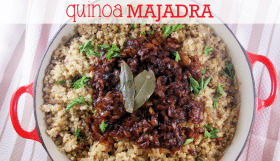