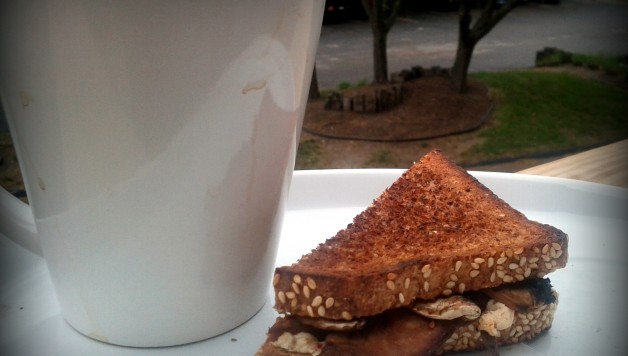 If we could subscribe to the Food Network without having to get Cable, we’d probably own something other than the hand-me-down TV that sits in our living room.  The Food Network has inspired much of my cooking and when I had a brief period between jobs in 2010, it was daytime programming that often decided what we’d have for dinner.  In one episode, the Barefoot Contessa, Ina Garten, shares a Croque Monsieur.  By tweaking this dish so it’s both dairy free and kosher, you have the most indulgent vegan grilled cheese sandwich you could imagine.

When I learned that April was National Grilled Cheese Month I had to grab the opportunity to make vegan grilled cheese. Once you try it once, you’ll be able to serve it alone for breakfast, with salad for brunch, or alongside soup for dinner. Vegan grilled cheese sandwiches have never tasted this good!

Spray a skillet with extra virgin olive oil and put your mushroom and vegan tempeh bacon on the skillet.  At the same time put two slices of whole wheat bread under the broiler or in the toaster oven.  Once the mushroom is cooked, remove the tempeh bacon and mushrooms from the skillet and put one slice of bread, un-toasted side to the heat, in the skillet. 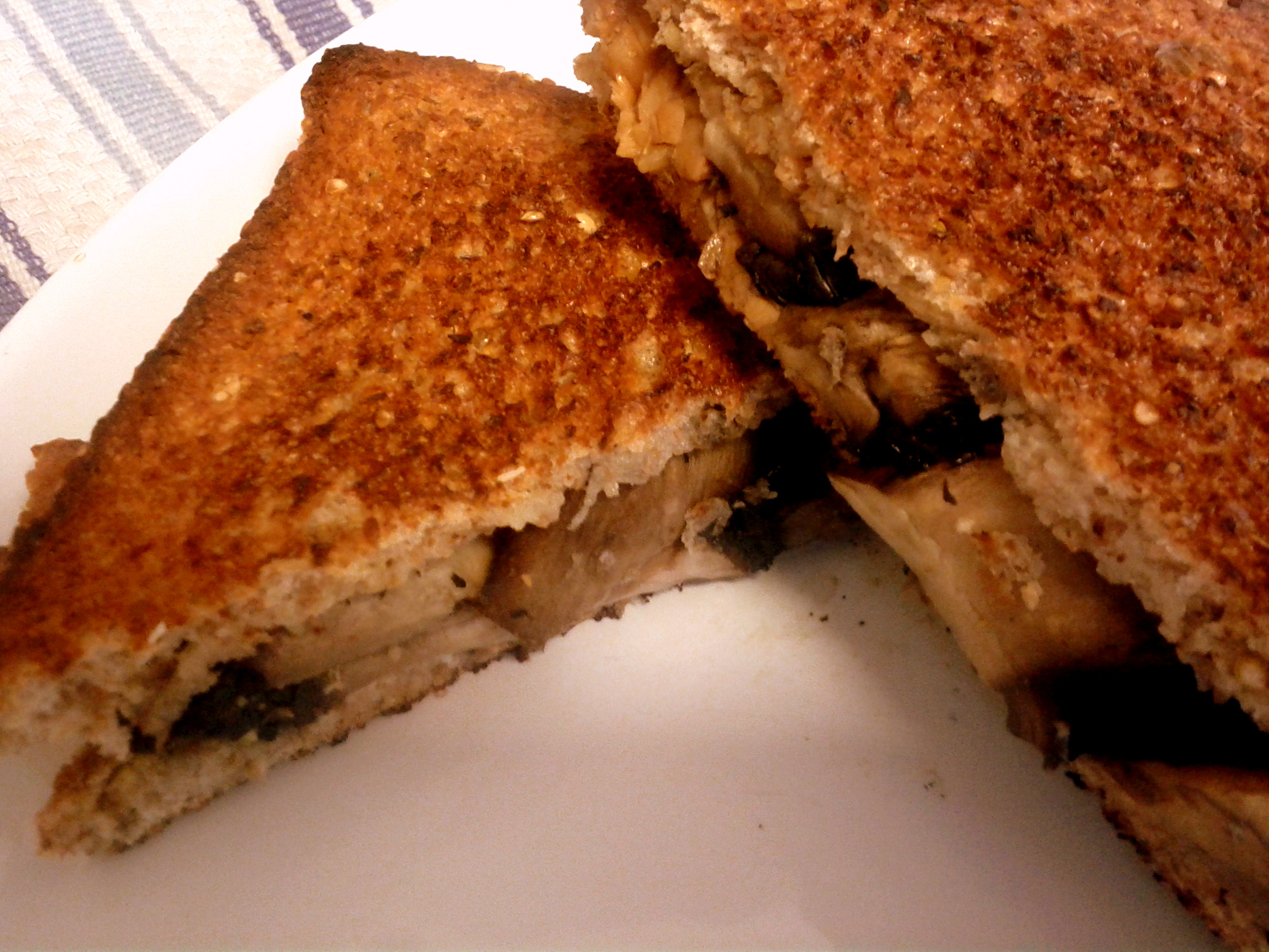 This whole process will take you less than 15 minutes, possibly even less, and the taste of the tempeh bacon alongside the daiya pepperjack is heavenly.  I am not vegan, by no means, but I would prefer this vegan croque monsieur with daiya cheese and tempeh bacon to the “real-deal” any day.  The flavors marry perfectly, and there’s no better way to celebrate national grilled cheese month! 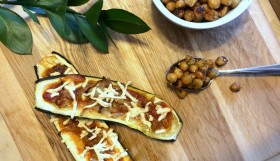 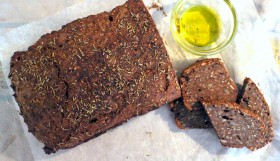 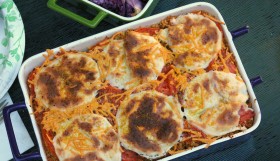