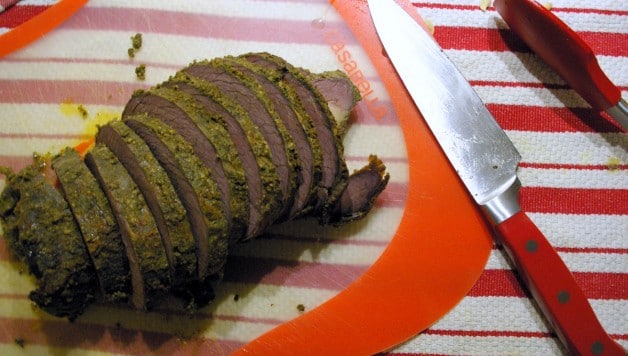 “Not your Bubby’s” Pesto Brisket

When I say brisket, you’re either thinking BBQ or Bubby.  This is not going to be a pit-master’s go to recipe, and this certainly isn’t your bubby’s brisket.  My latest KOL Foods creation is tender and aromatic.  There’s no tomato sauce, onion or slow cooking here, just three ingredients, and now that I have served pesto brisket at my table, I’m thinking it’s time to put it on the menu more often.

This pesto brisket has a tremendous fusion of flavors that compliment each other.  The olive oil, basil, garlic and pine nuts marry perfectly with the beef and tenderising the cut of beef let me roll it so that the flavors could penetrate deep into the meat.   If I were to have planned ahead a little more, I might have let the brisket sit in the pesto overnight, but there really is no need. 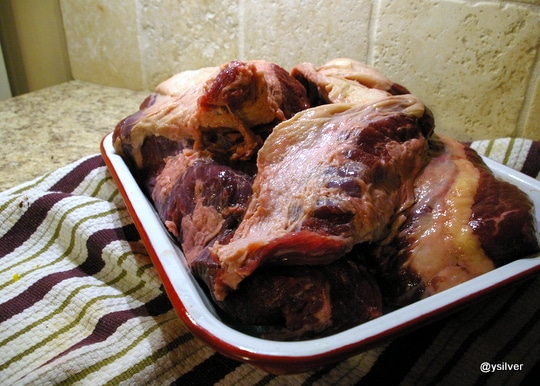 This post is another in my series of KOL Foods recipes, and although they kindly send me the meat at no cost, the choice of recipe and my review of the product is entirely my own.

Although not traditional at all, I wanted to roll my brisket, similar to the approach I took with my Lamb Wellington so it’s really good thing that my wife gave me one of these as an early birthday gift! The first step was to cover the meat with surround wrap so that you don’t have small pieces of meat flying around the kitchen. 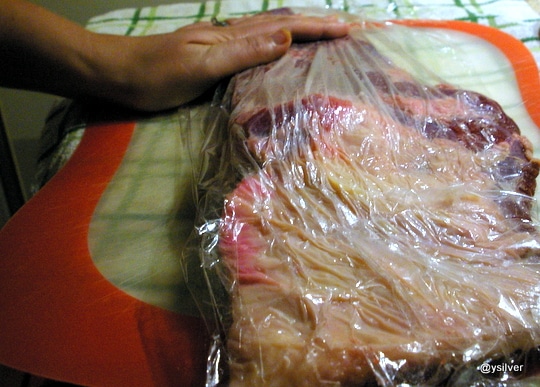 Once the meat was flat, I added a touch of BBQ rub — just a touch though — and then covered the meat in pesto before rolling it.  Ordinarily I would make my own pesto, but it was three hours later than I wanted it to be when I started cooking this brisket that I cheated and used a dairy-free pesto that I found at the store. 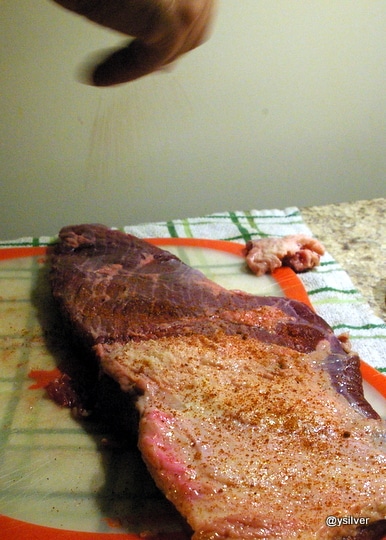 If you plan to serve right away, you might want to keep cooking it for another 20-30 minutes so the meat softens a little more, but if you’re making this ahead like I was, let it cool then slice it and re-heat on a low temperature in the juices.

I love how simple this dish is.  There really is nothing more to this recipe: 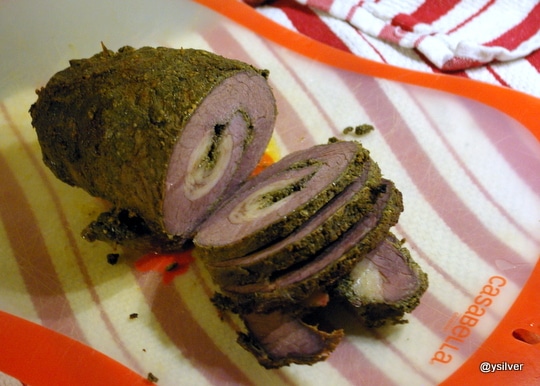 Now here’s a little bonus recipe for you… If you’re lucky enough to have leftovers, soak two slices of bread in the gravy that this brisket will create, then toast the bread slightly on a countertop griddle.  Add a touch of dijon mustard and a couple of slices of brisket for a heavenly toasted sandwich.

You can buy this organic, hormone free and pasture raised brisket directly from KOL Foods and have it shipped to your door.  Order today and you can serve this dish alongside roasted sweet potatoes and beets later this week.

We had red and white wine on the table during this course, the Ben Ami Chardonnay that I served with the salmon played wonderfully on the basil notes from the pesto.  I also enjoyed a Hai Patriots Special Reserve Cab with this meat and would certainly recommend it.