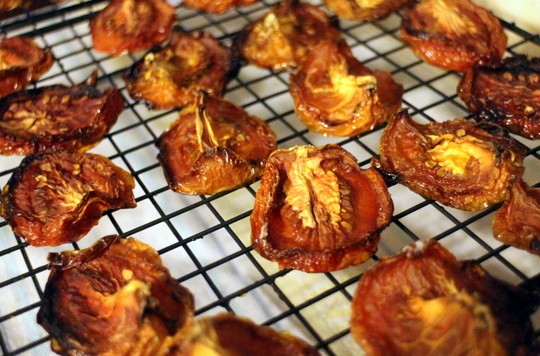 Our local grocery store, Sprouts Market, change their weekly specials every Wednesday (and specials from each week overlap on Wednesday so shop on hump day for maximum savings) and when they reduce the price of produce, it’s cheap.  It’s cheap and it’s still great quality so I have found that their deals and specials have been changing the way I plan my menus. When avocados are 3 for $1, it’s grilled avocado hummus time, and when tomatoes are just $0.68/lb, my kitchen looks like this. 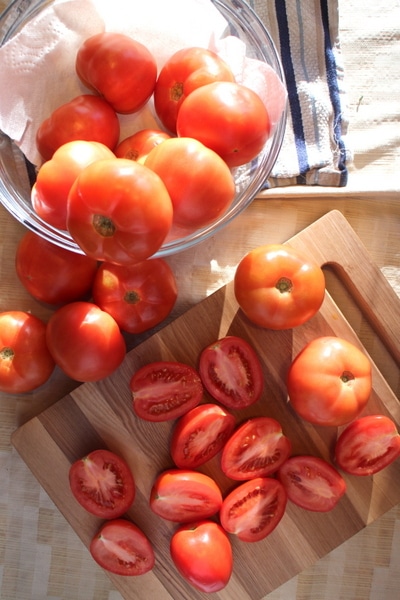 Did you know how easy it is to make dried tomatoes at home?  It’s even easier than preserving lemons, and you really don’t need any special equipment.  I made this batch using a cookie sheet and the oven and to be honest, I think I prefer them to the second batch I made in our new food dehydrator. 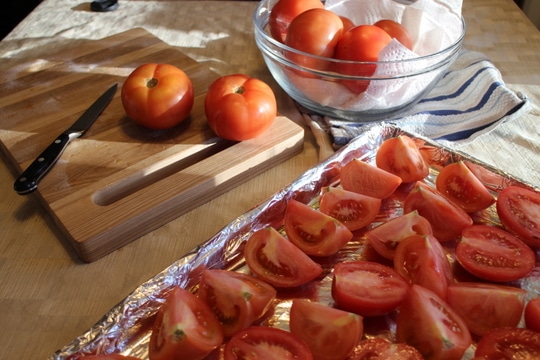 The first step was to slice and salt the tomatoes.  Salting them draws out the moisture so you can let them sit for half an hour or more.  I cut some in half and some in quarters and I found myself preferring the larger, beefier dried tomatoes.  I’d avoid slicing them to thin as you don’t want them to stick to the cookie sheet as they dehydrate. 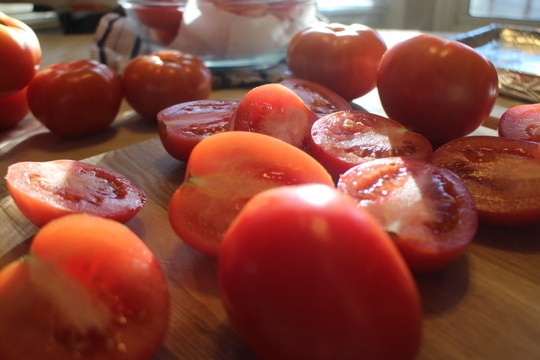 Once your tomatoes are dried, you will want to store them in olive oil and you can keep them for about a week and use them in salads, on pizza or just snack on them while you’re cooking.  From time to time, my wife will chop dried tomatoes and bake them into bread. 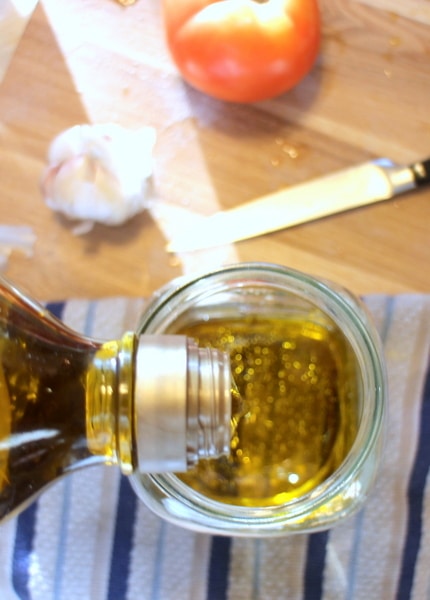 Preserve homemade dried tomatoes in olive to keep them fresh

I went down the olive oil path and adding some garlic to the mason jar too, after a week, don’t throw out the oil, use it when you cook to add a subtle Italian flavor to your cooking.  If you want a peek at some beautiful looking sun dried tomatoes, here’s an alternative recipe with great pictures. 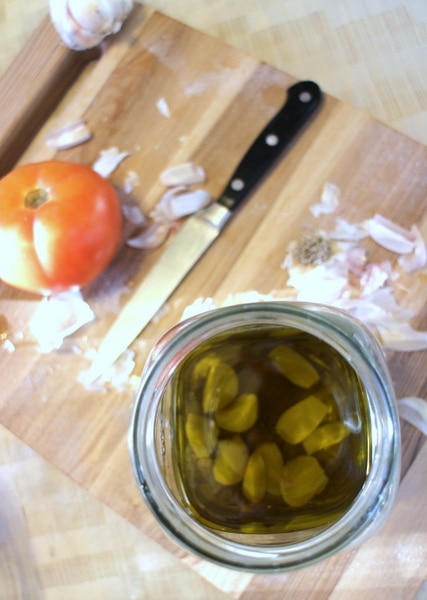 How to make homemade dried tomatoes

Slice your tomatoes in half, sprinkle with kosher salt and let them sit for 15-30 minutes

Heat the oven to 450 degrees Fahrenheit

Once the tomatoes have dried to your liking, remove them from the oven, allow them to cool, then place ten peeled cloves of garlic in the bottom, add your tomatoes and cover with olive oil. 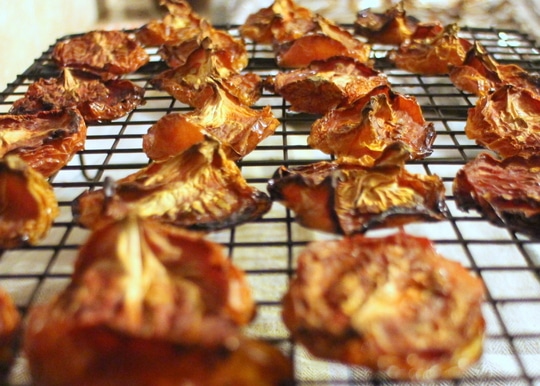 Dried tomatoes after four hours in the oven