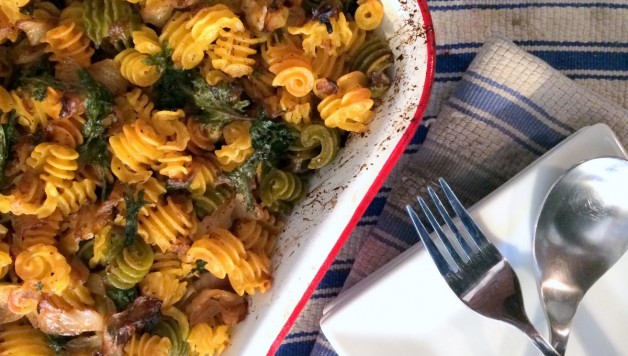 About a decade ago, I dated someone for a very short time.  Less than a month, in fact.  During that short period, two moments stick out in my mind.  The first is this Hungarian Pasta dish which I now know to be called Kaposztas Teszta or Balushka.  The other memorable (and much more significant) moment of that summer was meeting my wife for the first time — but that’s a story for another time. I couldn’t ask the ex-girlfriend for this recipe because we haven’t spoken, or even walked down the same sidewalk, since that month in 2000-and-something, but as fate would have it, her sister married a very close friend of mine, so I was able to reach out and ask her (who asked her mother) how I could re-create this taste of the old country. Kaposztas Teszta or Hungarian Noodles with Cabbage (much easier to pronounce!) is not a very healthy dish.  There’s lots of salt, butter and carbs.  Ingredients that I imagine were plentiful in the 19th century equivalent to today’s farmer’s markets. My version of this Hungarian Cabbage dish is somewhat different from the traditional Cabbage Balushka.  I replaced the butter with olive oil, the noodles are gluten free and I added some kale for a touch of color; and nutrition.  This was the first time I’d cooked this dish and there was not a scrap left over. 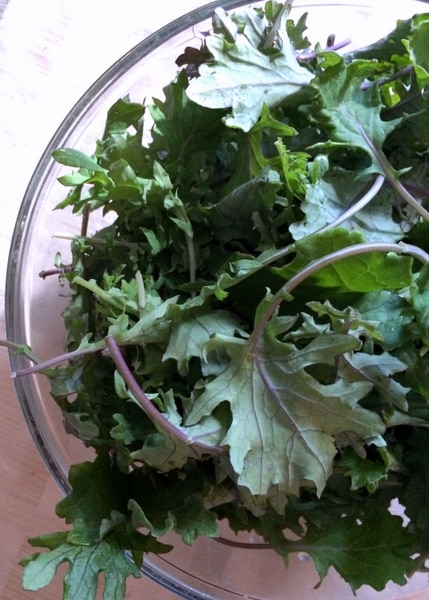 Cabbage seems to be pretty popular in Hungarian Cuisine, and this is a simple and delicious dish that works well in the modern American Kitchen.

Ingredients to serve 4 (as a main dish)

Preparation and Cooking Heat some olive oil in a pan and sauté onions with a tablespoon of garlic powder and a touch of salt and pepper for ten minutes, or until brown.  Chop the cabbage and add to the onions drizzling with another tablespoon of olive oil.  Cover and cook for ten minutes. Pre heat the oven to 375 degrees then put the cabbage and onions in a pan so they can bake. Cook your pasta so that it is al dente, five or six minutes will be plenty of time. Drain the pasta.  Remove the onion and cabbage from the oven and combine the pasta, cabbage, onion and kale.  Once mixed, put it back in an oven-safe pan, sprinkle with salt and pepper and a tablespoon of olive oil and cook for another fifteen minutes. Drizzle with salt, pepper and olive oil when you serve. 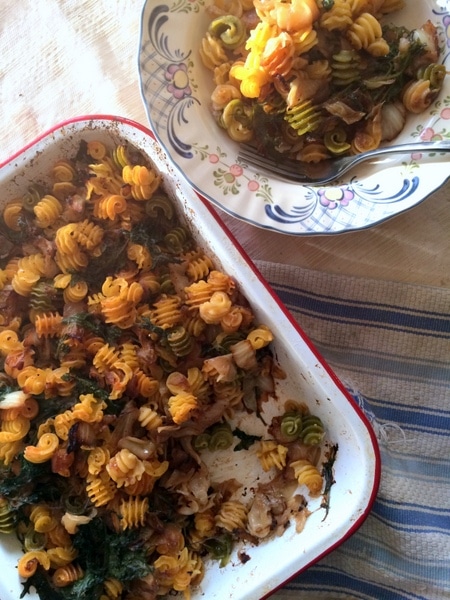