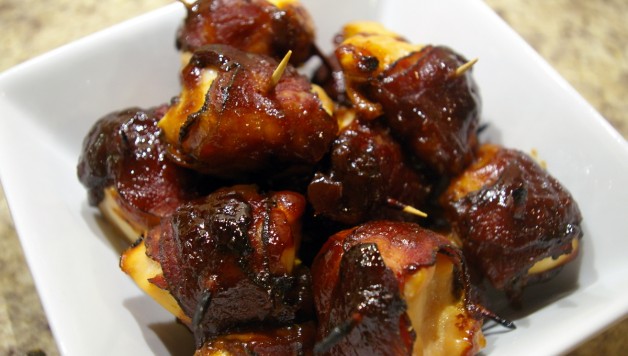 Do you remember that trip I took to New York earlier this year?  The chicken rumaki I tasted at NY’s Wolf and Lamb have been front of mind since I got home, and I finally made a small batch to serve as an appetizer.  Rumaki are traditionally a faux-Polynesian dish made from chicken livers with water chestnuts wrapped in bacon and fried.  My kosher rumaki are a little different but every bit as delicious as the restaurant version I remembered.

I chose to work with chicken breast rather than livers.  I could tell you how chicken breast is less delicate an ingredient than the livers, but truth be told, I had chicken in the fridge.  I skipped the water chestnut, just like the Wolf and Lamb version.  My bacon replacement was pastrami and rather than frying these nuggets of deliciousness, I baked them.

The result is an impressive is a finger-friendly appetizer that looks impressive and delivers flavors that compliment each other excellently without the need to source boutique or obscure ingredients.

I found 2lb of chicken breasts and 6oz of pastrami yielded a dozen bite-size rumaki and in making this dish I was reminded of a chicken wrapped in roast beef that I had years ago at the home of Lizrael Update.  To give the BBQ sauce an extra dimension, I gently warmed it it with one adobe chili pepper.  The pepper is optional if you want to keep the heat index low but adds so much.  Either way, working with warm rather than cold BBQ sauce is recommended. 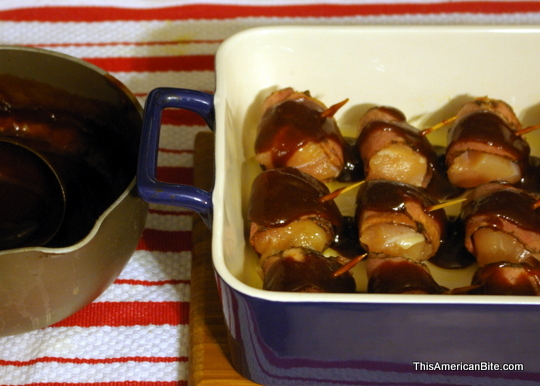 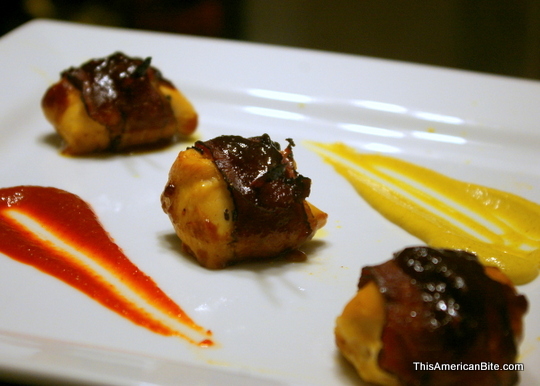 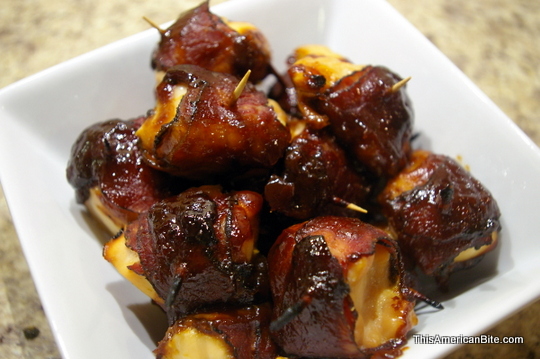 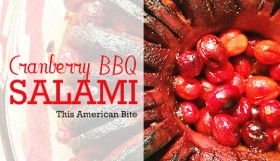